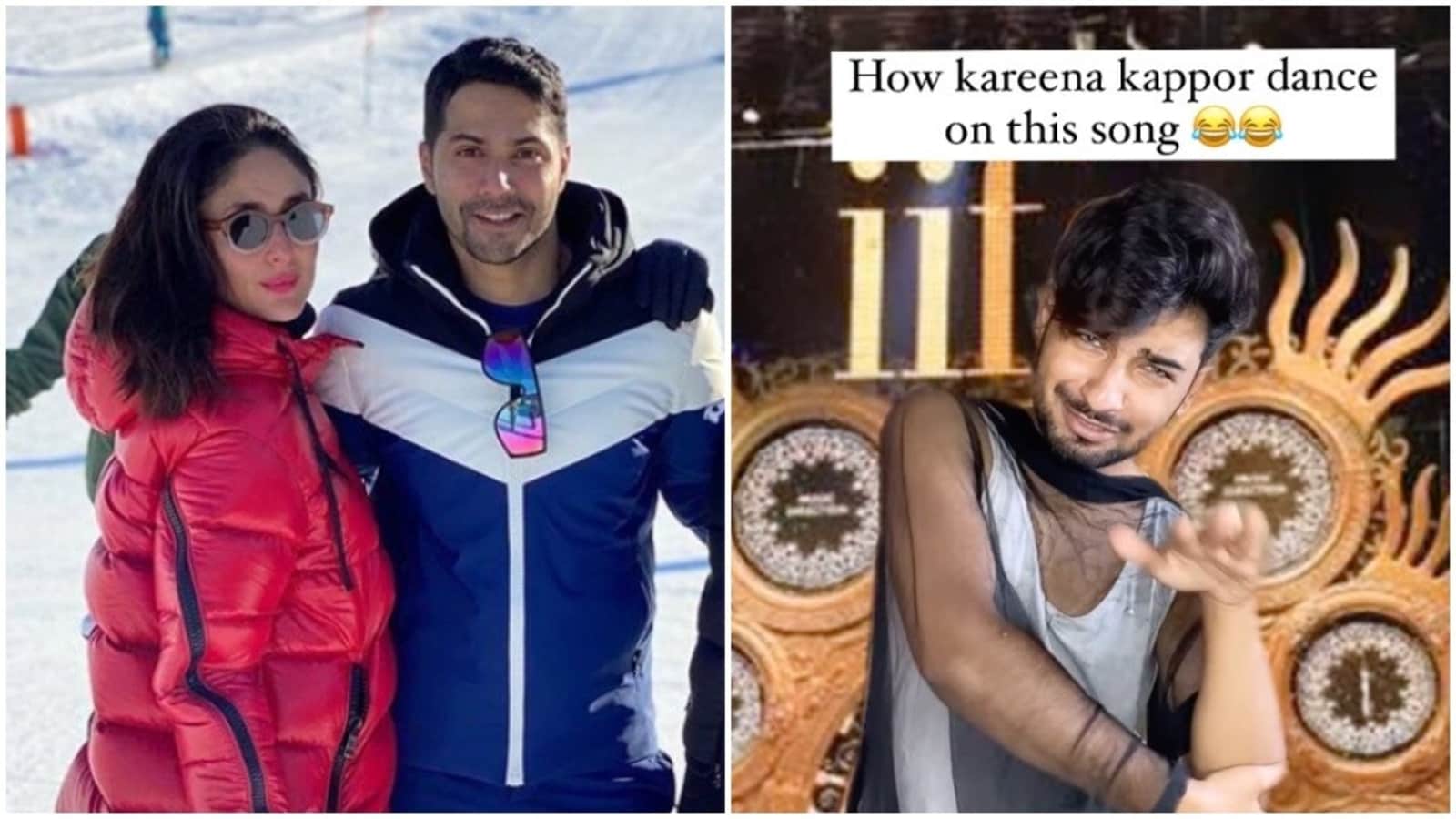 Varun Dhawan, who will be next seen in JugJugg Jeeyo, had recently started a dance challenge asking his friends and followers to perform the hook step of The Punjaabban Song from the movie. Thought Kareena Kapoor has not attempted the challenge, Varun has posted a video on how she would have danced to it. Also Read| JugJugg Jeeyo song Rangisari: Varun Dhawan, Kiara Advani romance in colorful dance number; fans get ‘Holi vibes’. Watch

Deepak Chauhan, a Delhi-based makeup artist who also shares funny reels on his Instagram account with 4,22,000 followers, recently made a video on The Punjaabban Song. He kept the IIFA stage as the background of the video and performed the hook step of the song while wearing a black dupatta over his vest and trousers. He captioned it, “How Kareena Kapoor danced on this song (sic),” adding laughing emojis. He attempted Kareena’s expressions in the video, showing that she first resisted the request of dancing before finally giving in and performing the hook step.

Varun also approved of the video and shared it on his Instagram account. Kareena’s fans also reacted to the video, with one writing, “So true.” Many wrote, “Expression superb.”

Varun Dhawan has shared several other videos of people attempting the hook step of The Punjaabban Song. He himself performed it with his father– filmmaker Varun Dhawan, and shared the video on Instagram. Commenting on the video, some wrote that David performed the step even better than Varun.