A Fox News story reports there was a staggering 43% increase in the murders of black Americans in 2020 compared to the past 10-year average.

The finding is shocking — but not surprising. After all, New York proved decades ago that reducing crime disproportionally benefited blacks and Latinos because they comprise most of crime’s victims. Fewer crimes mean fewer victims of all races, but the drop is most pronounced among nonwhites.

If we didn’t know it before, we now know the opposite is also true. More crimes mean more black and Latino victims.

All this matters because the nation’s large cities are so swamped by horrific crime and violence that police, criminologists and a few honest elected Democrats are finally conceding the obvious: the progressive movement, including Black Lives Matterthat is ostensibly aimed to protect minority racial groups by defunding the police and coddling criminals backfired big time.

The people the progressives claimed to be helping actually were harmed by the anti-police, pro-criminal policies.

Bill Bratton, who led the Los Angeles police between two terms as head of the NYPD, recently put it this way on a podcast: “The scales right now are tipped very heavily in favor of the reforms of the progressive left . , , and what we have as a result is this growing fear of crime, this growing actual amount of crime in almost every American city.”

Mayor Adams agreed, telling ABC News that while there had been issues of trust between police and some black New Yorkers, “we can’t rebuild that trust by allowing those who are dangerous and that have a repeated history of violence to continue to be on our streets.”

Yet it’s too kind to suggest the proponents were well intentioned but just went too far. All along, there was voluminous evidence showing they were taking huge risks by toying with unprecedented success.

They should have known better but common sense is not so common on the activist left. Besides, it wants revolution, not reform, and is willing to sacrifice others to get it.

Although blacks make up only 13% of the US population, they often are a majority of murder victims and perpetrators.

The year 2020 was an inflection point for various reasons. Although an anti-police movement has long been a fixture on the left, a series of police incidents in previous years culminated in the death of George Floyd at the hands of Minneapolis Police, Captured on video when much of the country was on pandemic lockdown, Floyd’s death sparked nationwide protests and riots.

As in previous anti-police riots, one effect has been that “police pull back while violent crime spikes precipitously,” Hannah Meyers, director of the policing and public safety initiative at the Manhattan Institute, told Fox.

The continuing crime spike is also being fueled by prosecutors and lawmakers who invoked extreme leniency and forced judges to release prime suspects, many of whom then commit new violence and even murder.

New Yorkers know these patterns in up close and personal ways.

For 20 years, under mayors Rudy Giuliani and Michael Bloomberg, the NYPD turned Gotham into the nation’s safest big city. Murders fell from about 2,000 a year in the early 1990s to 300, sparking an economic and cultural renaissance that I liken to a new Golden Age.

But political profiteers undermined that success and turned the 2013 mayoral election into a referendum on supposed police brutality and racism. Bill de Blasio won the mayoralty and spent much of his eight years fanning the flames of police distrust.

He failed at just about everything else, but was successful in making New York more polarized and dangerous.

For example, he cut the NYPD budget by $1 billion to pander to the defund mob and ended the undercover units that searched for illegal guns.

The result is that New York became a microcosm of the national police stats. Murder rose here in 2020 and 2021, as did crimes in all seven major categories, creating more nonwhite victims.

None of that was necessary, and certainly was not what any sector of the public wanted.

The story is best told through the prism of Ray Kelly. De Blasio and others in the anti-cop crowd often turned their fire on Kelly, the longest-serving police commissioner in city history. Kelly’s sin was being an ardent defender of stop, question and frisk, which he cited as a prime tool for getting illegal handguns off the street.

The benefits were far greater than anticipated. Not only did crime and murder keep falling to lows not seen since the early 1960s, but the prison population also declined dramatically.

In short, the revolution in policing that saw cops become more focused on quality-of-life crimes and stopping major crimes before they happened had changed New York.

Tens of thousands of lives, most of them nonwhite, were saved and many other people did not end up in prison. Bloomberg took to calling police officers “first preventers” instead of first responders.

A poll from early 2013, Bloomberg’s last year in office, captured the public mood. Quinnipiac found that Commissioner Kelly was vastly more popular among all races than any elected official in New York.

It’s also worth noting that by then the majority of NYPD officers were nonwhite.

So it was a big lie for de Blasio and others to claim that anywhere near a majority of nonwhite New Yorkers believed the police were an occupying army in their neighborhoods. Even most of those who didn’t necessarily like stop-and-frisk still saw the police as their protectors and approved of Kelly.

De Blasio and his ilk in other cities broke that system for ideological reasons and career gains. The blood of all those additional murder victims is on their hands.

From the Gray Lady: “The New York Times is seeking an ambitious reporter to examine the world of misinformation in all its forms. This is a high-profile assignment, as evidenced by the crucial role coverage of false and misleading information has played in big stories like the Ukraine war and the Capitol riots.” Question: Will the new reporter’s beat include misinformation spread by the Times itself, as in Russia, Russia, Russia?

An AP headline asks: “What happens in the post-mask world of travel?,

Could it just be that people don’t wear masks, or is that too simple?

CalPERS to vote to replace Warren Buffett as Berkshire chairman 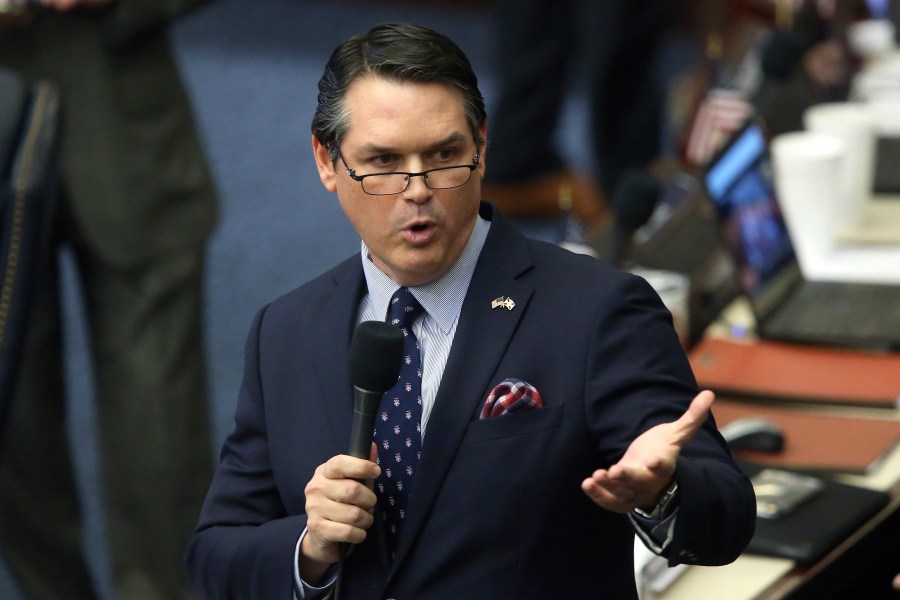