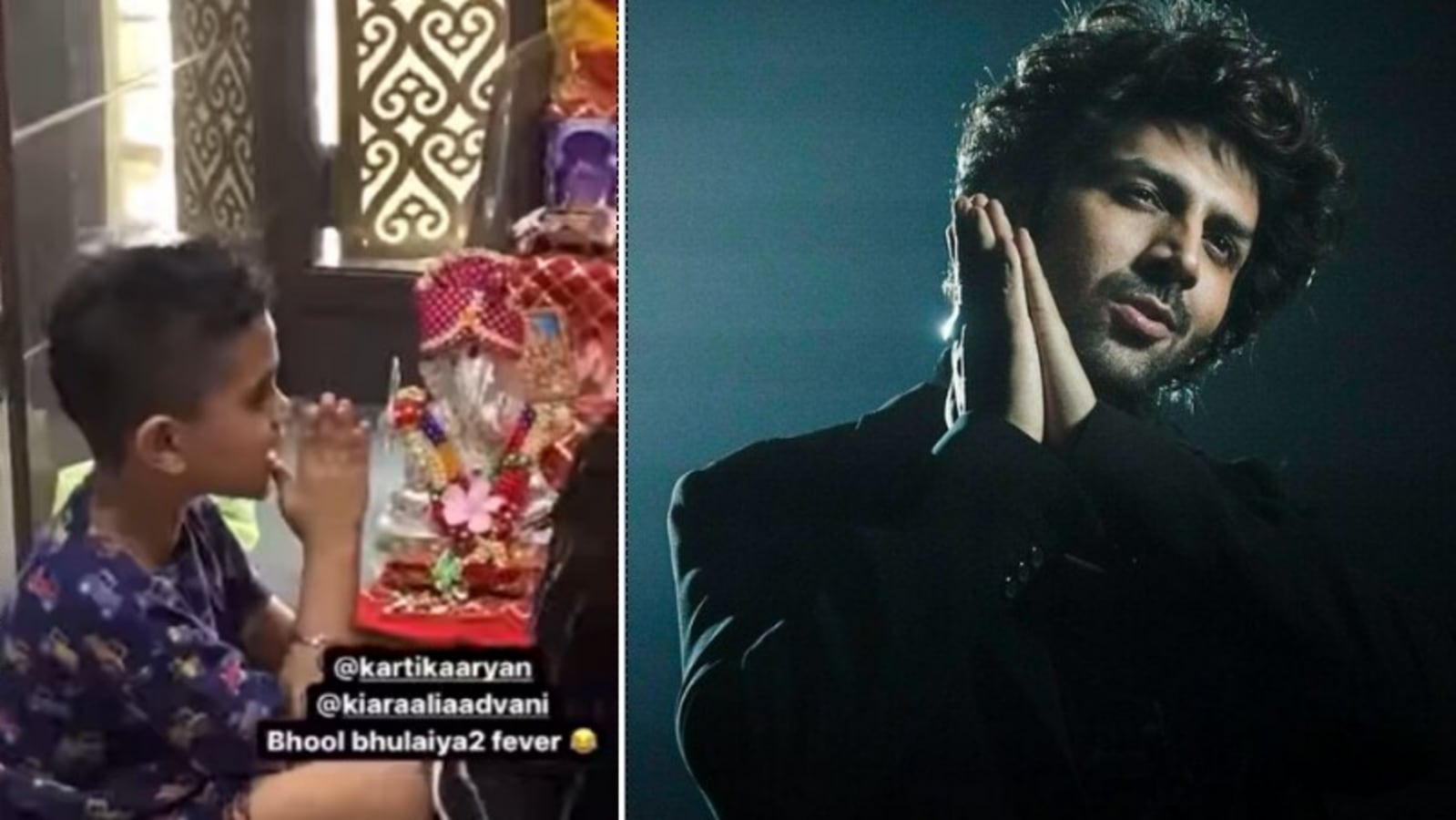 Kartik Aaryanwho has been celebrating the success of his new film Bhool Bhulaiyaa, has been sharing stories connected to the film’s popularity on social media. On Wednesday, Kartik jokingly told to a Twitter user, who said he wanted ‘500 rupees’ to praise the actor, “Paytm karun ya Google pay (should I send via Paytm or Google Pay)?” A day later, Kartik shared a hilarious clip of a child belting out the Bhool Bhulaiyaa 2 song Hare Ram Hare Krishna, while praying. Read more: Kartik Aaryan reacts to being called ‘king’ after Shah Rukh Khan

In the video, a young boy seated inside a temple at home, starts singing the popular song, following which a lady seated next to him sings it, too. “Bhool Bhulaiyaa 2,” he tells her as he laughs. Posting the clip on Instagram on Thursday, Kartik wrote, “Sweetest video.” Fans too left hilarious comments on the post. “Yehi baki tha (only this was left),” wrote an Instagram user.

Earlier on Thursday, Kartik posted a behind-the-scenes footage of him dancing to the Bhool Bhulaiyaa 2 title song. “A little bts from the song that compelled the Nation to go #ZigZag and gave me so so much. #BhoolBhulaiyaa2 title track still trending since the day it dropped,” he wrote along with the video. In the clip, he is seen rehearsing the choreography and nailing the hook step.

Last month, Kartik also released a video of the Bhool Bhulaiyaa 2 song, Ami Je Tomar, where he was seen doing the Tandav dance. The actor called it the ‘most difficult song’ he has ever shot for.

On Saturday, Kartik announced in an Instagram post that he had contracted Covid-19. He wrote: “Sab kuch itna positive chal rha tha, Covid se raha nahi gaya (all was going fine so Covid couldn’t stop itself).”

Bhool Bhulaiyaa 2 also starred Kiara Advani and Tabu. Directed by Anees Bazmee, the film has earned over 200 crore at the box office worldwide in under a month. Kartik will next be seen in Freddy and Shehzada.