India is the beloved home for practitioners of all major religions in the world. Indian culture accepts diversity of faiths and beliefs. Religious harmony and social cohesion are two core elements for progress and development. In the words of KM Munshi: “Indian culture is a living force. It absorbs alien elements when necessary but transmutes them into a new pattern of homogeneous richness. It is, therefore, a tremendous force of power and beauty, which made us what we are in the world today; and will make us what we want to be in the world tomorrow.”

There are, however, some worrisome developments emerging on sustaining religious amity. From time immemorial, human beings have practiced divisiveness continuously on one ground or the other. Religion has been used unashamedly to divide people, though there have been several other factors like colour, race, caste, untouchability etc that have been a divisive influence in the society. Over the last three decades, the most sufferings were inflicted on humanity in the name of religion. Nani Palkhivala, a brilliant mind of the 20th century wrote: “A man may study or practice religion. But if he is a fanatical fundamentalist, he deserves to rank as a religious illiterate, whatever his formal education may be. The words of TS Elliot come to one’s mind: ‘We had the experience, but missed the meaning.’ A religious bigot may have made a study of theology but, by definition, he has not understood the true meaning of religion. ‘Fanatics have their dreams,’ said Keats, wherewith they weave a paradise for a sect.” Every true religious person understands, based on the principles of his own professed religion, that the ultimate goal of all religions is the same, that only the paths are articulated in varied ways. Hatred and violence against other religions is generated and created through misinterpretations and misinformation by ill-equipped minds who have smaller gains in sight and who could be called religion illiterate. Such persons are severely devoid of that basic human instinct of compassion. His Holiness Dalai Lama refers to his mother as his teacher of compassion — a simple, uneducated, village farmer, with unconditional kindness. Most of us could recall such experiences in life, which have sustained religious amity all along.

Compassion is at the heart of every religion. In 1954, as an 11-year old, I joined a new school in Kannauj, UP. My new school had two drinking water tanks, the bigger for Hindu children and the smaller one for the Muslims. Totally unaware of this division, I opted for the smaller one. The moment I finished, some 20 students surrounded me: “Muslim tanki men paani piya!” I was very upset. I was brought up in a village, and had seen Hindus and Muslims working and socializing together. My mother appreciated a Maulavi sahib coming home to teach me, prepared snacks for him every day, but served in special utensils, which she would clean herself without any hesitation. That evening, my father could guess from my ashen face that something must have gone wrong. I denied it initially, but when my mother was not within hearing distance, I told him everything. He narrated the story of a lady throwing garbage on Hazrat Muhammad Sahib every day and being looked after by him when she fell ill, which led to the end of the daily routine. My father, a devout Hindu and no scholar of Islam, said that such a person who helps even his tormenters could only be a divine person, and deserves every respect. All practices of separation are a consequence of ignorance, and will vanish as education expands, he told me. My horizons were extended that day.

No one could deny that external elements, pursuing the policy of inflicting a thousand cuts on India, are active and exploiting vulnerable elements. The basics of Indian culture are acceptable to every community, even the illiterate Hindus and Muslims are equally convinced that every temple and mosque deserves equal respect. True scholars of every religion must rise to the occasion; go to people, and educate them on essential unity of all religions. Once they are convinced, the black sheep will become visible even in the darkest corners. For global peace, social cohesion and religious amity are core requirements. One would like to recall what Chhatrapati Shivaji wrote in his famous epistle to Emperor Aurangzeb: “Islam and Hinduism appear as contrasted terms; but they are diverse pigments used by the divine painter to fill in his picture of the whole human race. If it be a mosque, the call is chanted in remembrance of Him; if it be a temple, the bell is running remembering Him alone. To show bigotry towards any man’s creed and practices is tantamount to altering the words of the holy book. To draw new lines on a picture is to find fault with the painter.”

We, the people of India, must strive hard to generate compassion, strength, sincerity and commitment to ensure the safety and security of India. The great dialogic tradition could be rejuvenated and trusted. A way out would certainly not be far away.

This column first appeared in the print edition on June 8, 2022 under the title ‘Conversation and compassion’. The writer is former director NCERT and works in the field of education and religious cohesion

Watch: Girl With Down Syndrome Makes Own Lunch, Internet Applauds 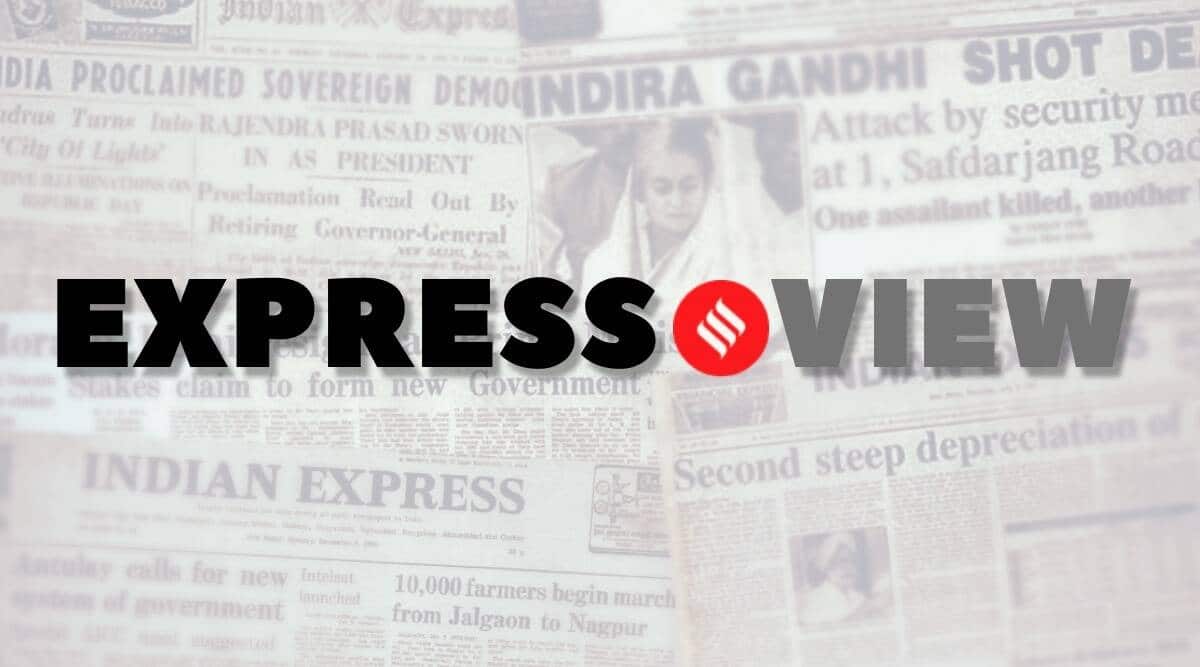