Amidst the growing cacophony following the derogatory comments on Prophet Mohammad and Islam, the media, which is one of the biggest culprits in this matter, is getting away with impunity. Having played second fiddle to the rabble-rousers, the media continues along the same trajectory without any introspection.

The role that the Indian media — specifically the television media — has played in mainstreaming hate speech and divisive nationalism since 2014 is a topic that warrants a larger study. Undoubtedly, the majoritarian ideology propounded by right-wing organizations and fringe elements has played a fundamental role in raking up issues that create schisms in society. But television mainstreamed the fringe by bringing it into everyone’s drawing rooms. Day in and day out, non-issues are being hyped up to set a narrative. Halal, Hijab, Namaz, sedition, JNU, non-vegetarian food, Muslim-sounding names of places and roads, Mughal architecture and mosques are a few of the many topics that have been shouted out from television studios. Prayer caps and long beards were displayed intentionally to boost the melodrama. In one instance, while bulldozers were demolishing the makeshift houses of the poor in the national capital — they were named as rioters — one of the top English news channels ran a prime time discussion with the hashtag #BulldozerJustice!

This is precisely the ecosystem that gave birth to the Nupur Sharma syndrome. In earlier times, the media was reticent about demonstrating its religious inclinations and many of its deviations were imperceptible. But the Ramjanmabhoomi movement led by the Sangh Parivar organizations changed the mediascape drastically. The temerity demonstrated by the Hindi media was an early manifestation of the trend that was to besiege the country. Studies conducted by the Press Council and other independent groups castigated many Hindi newspapers for reportage which seemed to have the sole purpose of whipping up communal frenzy. This aberration has become a norm now, with many television channels feeling triumphant about the metamorphosis.

Aligning yourself politically to the rulers of the day at a time when your primary revenue comes from government ads and government-led events is one thing. But serving as the wholesale distributors of hatred is another thing altogether, something which future generations may not forgive. We are told many times that newsrooms end up parroting the fringe because that’s what gets them eyeballs. It’s a thesis that insults the intelligence of the Indian public and the ethos of the Indian republic.

The Sangh Parivar organizations don’t participate in the democratic process only for power. Their core agenda is to subvert Indian society, reinvent its history as they have imagined it, and distort the secular political culture of the nation. Their core tool in this process is a new type of nationalism that excludes rather than includes. One of the main characteristics of this nationalism is that it seeks to erase the lines demarcating Hinduism from Hindutva and the nation from the government of the day. Ergo, any criticism of radical Hindutva is interpreted as an assault on the idea of ​​Hinduism and any criticism leveled at the government of the day is considered an attack on the very idea of ​​India. And TV plays a crucial role in the project of inventing a particular thought process. Media being the intellectual industry, such selectively choosing of historical truth and concocted reality will leave an inflammable trail. This is how hate speech gets normalized and public intellectuals are painted anti-nationals.

This culture has infected all aspects of our society, from school syllabi to Bollywood, a phenomenon exemplified by the remarkable hype over movies such as The Kashmir Files, This is precisely the reason behind the recent surfeit of so-called historical movies from Bollywood that project a stereotyped image of minorities as deemed fit by this nationalism. Primetime news debates that play on schisms left behind by Partition instigate the drawing room crowd to get out there and “goli maaro saalo ko”.

If we want to steer clear of the controversy and set civilized norms for public discourse, the primary responsibility rests on the media, especially the TV channels. It’s true that social media plays a similar role in the massive production and transmission of hatred. In fact, both feed on each other to up the ante. It’s high time our media introspects as to what they actually intend to achieve by being the catalyst, if not the torch bearers, of the divisive rhetoric that’s on full display today.

This column first appeared in the print edition on June 9, 2022 under the title ‘Media in the dock’. The writer is a journalist and Member of Parliament

Anushka Sharmas Healthy Morning Is Too Relatable, Heres Why 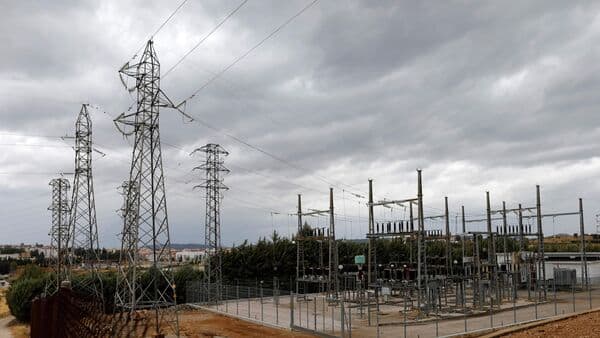