Everyone who is a fashion fanatic knows who Miranda Kerr is. And if you don’t, then boy are you missing on something so big. Miranda rose to prominence when she started walking on the ramp as one of the Victoria’s Secret Angels in 2007. She was the first Australian Victoria’s Secret model, making it proud moment for everyone hailing from her country. She began modeling at the mere age of 13 and her journey began with her winning the 1997 Dolly magazine model search competition. She walked for several shows and always managed to make heads turn with her graceful stint and gorgeous body. Miranda Kerr Constantly Snacks to Keep Morning Sickness at Bay in Her Third Pregnancy.

Ever since 2008, she has also been consistently ranked on the Forbes list of highest-earning models. In 2014, she also became the face of Swedish clothing brand – H&M. Not just that, she even featured in high-profile campaigns for Reebok and Wonderbra. She was also associated with brands like Givenchy, Swarovski, Louis Vuitton, Clinique, and more.

She also ventured into other different things apart from modeling as well. Kerr launched her own brand of organic skincare products, KORA Organics. She wrote a self-help book. In April 2014, she also released her first single online, featuring her and crooner Bobby Fox, in a cover of Elvis Presley’s “You’re The Boss”.

Kerr, being the supermodel, also has a very colorful Instagram feed. From top brand photoshoots to her pictures of spending time with her close ones, Kerr likes to keep her fans updated. One common pattern however is her love for florals. Be it a long dress or a red carpet look, floral prints seem to dominate her wardrobe. Snapchat CEO Evan Spiegel and Miranda Kerr Expecting Second Child Together 10 Months After Giving Birth to Son.

Today as she celebrates her 39th birthday, we wanted to take a look into her wardrobe and pick the best floral outfits she has. From bright yellows to muted whites, she wore it all and you can definitely take note of it.

It’s All About That Flower Power!

Gorgeous Is An Understatement!

What A Beauty, Right?

Can She Stop Looking So Beautiful?

There are some very lovely pictures and we are sure you are mesmerised as well. Join us in wishing the model a very happy birthday.

(The above story first appeared on LatestLY on Apr 20, 2022 09:10 AM IST. For more news and updates on politics, world, sports, entertainment and lifestyle, log on to our website latestly.com, 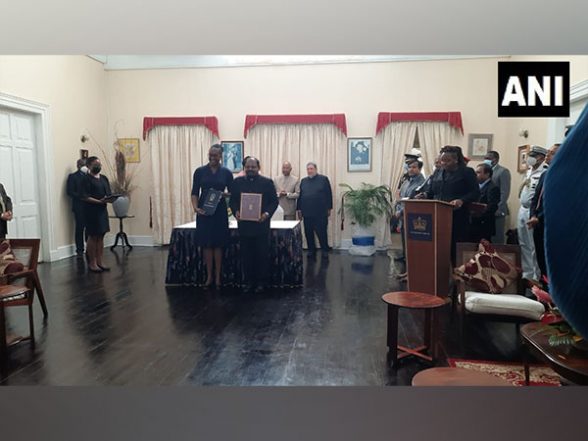