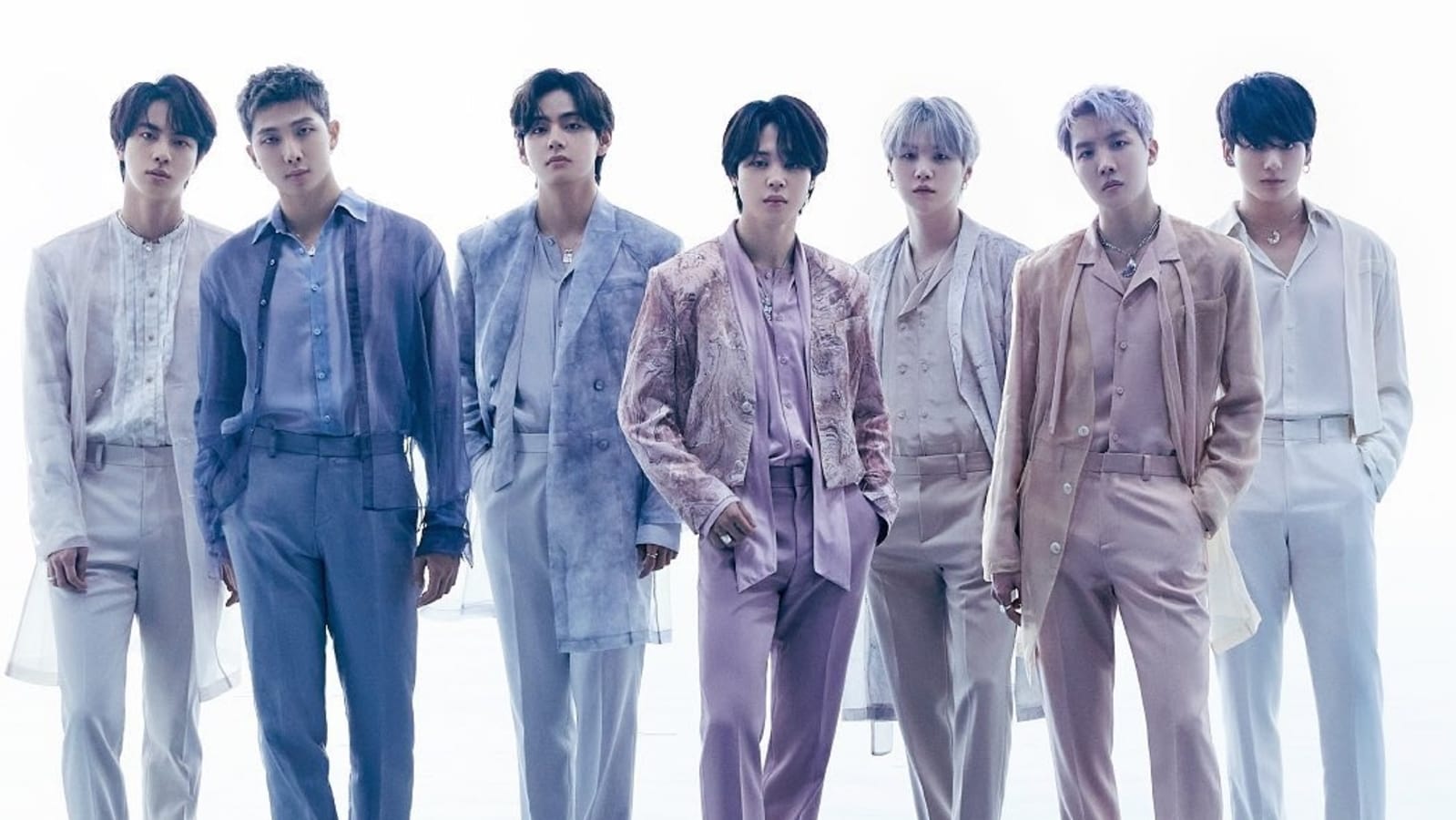 BTS members– RMJin, Suga, J-Hope, Jimin, V, and Jungkook , recently talked about their upcoming anthology album Proof. During Spotify’s This is BTS episode, the members shared their thoughts about the album and mentioned what they want BTS ARMY, their fandom, to pay attention to. Calling it a ‘meaningful album’, they said that one can learn BTS’ history from it. (Also read: BTS: South Korea’s state-run TV channel bans two Proof songs for containing ‘vulgar words’)

The short video began with BTS leader, RM asking members about Proof. To this, Suga recalled, “We released more albums than singles. There are more than 100 songs so while we choose a song (for Proof), it was like trying to put together a puzzle. It makes use to reminisce about our past, and ARMY would reminisce as well. Those who have recently discovered us can learn BTS’ history. That’s why we think it’s a meaningful album.”

BTS also said that the album will also have behind-the-scenes videos that fans can look forward to. They also added that the ‘fun part’ about Proof will be BTS’ voices from their younger days.

Proof will be a 3-CD collection of BTS’ hit old and new songs. Including its title track Yet to Come, it will also have songs like Run BTS, Born Singer, I Need You, Run, Fire, Fake Love, Persona, Moon, Jamais Vu, Seesaw, NO, Boy in Luv, Danger, IDOL, Dynamite, On, Butter and Life Goes On, among others. It will be released three days before their ninth debut anniversary, on June 10. Meanwhile, their two songs won’t be broadcast on the state-run TV channel, KBS, in South Korea, due to ‘swear words, vulgar words, and crude expressions’.

BTS’s last album was BE, released in 2020. Since then, they have released hit singles like Butter, Permission to Dance and My Universe featuring Coldplay.