Brevard County Commissioners last week lashed out at critics who want them to do more to deal with a growing housing crisis on the Space Coast, accusing the church leaders and nonprofits who organized a recent gathering of the needy — which they were invited to but did not attend — of politicizing the issue.

Commissioners made their feelings known during the board report portion of the planning and zoning meeting on May 5, spending roughly 10 minutes on the subject to explain their absence from the Brevard Justice Ministry event in Suntree last week.

“I want to point out there was a big brouhaha, I guess you could call it that with the Brevard Justice Ministry Monday night,” Commission Vice Chair Curt Smith said.

The Brevard Justice Ministry is a coalition of churches targeting housing insecurity as a key issue impacting people of all backgrounds on the Space Coast.

At a meeting held on May 4, Ministry leaders invited commissioners to attend but none did. Commissioners John Tobia and Kristine Zonka said they had scheduled or already had held separate meetings with the organizers. But all excused themselves from the big Suntree meeting or claimed prior commitments, though a county spokesman said the commissioners couldn’t attend without violating Florida Sunshine laws.

Commissioners also lashed out at FLORIDA TODAY’s reporting on the event.

“The article wanted to throw us under the bus because we each had different reasons for not being there,” Smith said about the FLORIDA TODAY report.

But group leaders expressed disappointment, especially as the problem of finding affordable housing is growing increasingly difficult for many working families.

The commissioners insisted at Thursday’s zoning board meeting that they were working on the issue, and suggested that the way the group publicized the commissioners’ absence from Suntree had a political agenda that threatens to undermine their goals for housing security.

“The overall goal is to help people and get them in homes,” Commissioner Prtichett said. “But you start getting political, you start doing all of this mess, nobody is going to get any help, and it was just so inappropriate.”

Pritchett suggested that the different religious organizations should purchase an apartment complex that they can use to provide affordable housing for people who it.

Commissioners have had to confront the growing problem at meetings this year as people have pleaded with the commission for help during the public comment period.

“I will go on the record, when they asked for low-income housing information, what I know about low-income housing, you could put in a thimble, and you would probably have some room left over for the Miami Dolphins,” Smith said. “I knew nothing. Had I been available I might have gone, but I wouldn’t have been any use to them because I would have no knowledge.”

He said he directed the group to speak with Housing and Human Services Director Ian Golden, but claims they refused. In an email sent to FLORIDA TODAY, Golden claims he was not invited to the meeting.

Commission Chair Zonka said she had already agreed to meet with the group individually and made her Charter Review Commission appointee Jordin Chandler available as well.

Money for the fund could come from different sources, including the county’s budget or donations from municipalities or others. It could also be funded from commercial and development fees.

Zonka suggested that there were partisan agendas behind the group’s criticism of the commissioners not attending the meeting, though offered no evidence. She said one critic, whom she did not name, had never even called her.

“The person who went on the attack has never once asked for a meeting in my office or a phone call,” Zonka said. “Never once wanted to talk about ideas, doesn’t want to have a sit down discussion. It is sad when there are members of the other political party that are afraid to talk to you because they will get chastised by their so-called ‘leaders’ for working with Republicans.”

Commissioner Tobia said suggested he didn’t need to go to the meeting because he met with the group and left it up to the justice ministry to find a solution — to which he said they refused to do.

He then provided them a copy of the county’s budget and then issued a directive: to find projects they believe are less of a priority than affordable housing. He gave them six weeks.

Tobia said he was “disgusted” by their idea.

“They claim to have empathy, but don’t want to work,” Tobia said. “It is absolutely disgusting that they get to this meeting and then that they claim we don’t show up. It is very easy to show up. What is hard is to work and they just didn’t want to work.”

Ralph Chapoco is government and politics watchdog reporter. You can reach Chapoco at [email protected] and follow him on Twitter @rchapoco.

‘COVID has only presented an additional challenge’ – Chicago Tribune 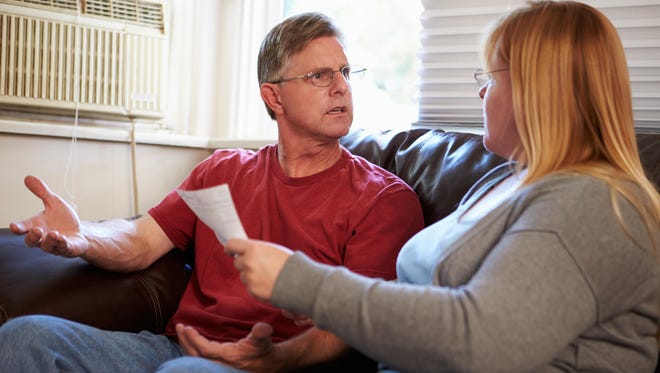 Yes, you’ll pay a tax to fund a grandchild’s education — but read on

Tiny home community could become first of its kind in Brevard