Bernie to Dems: Change course before you nosedive in November 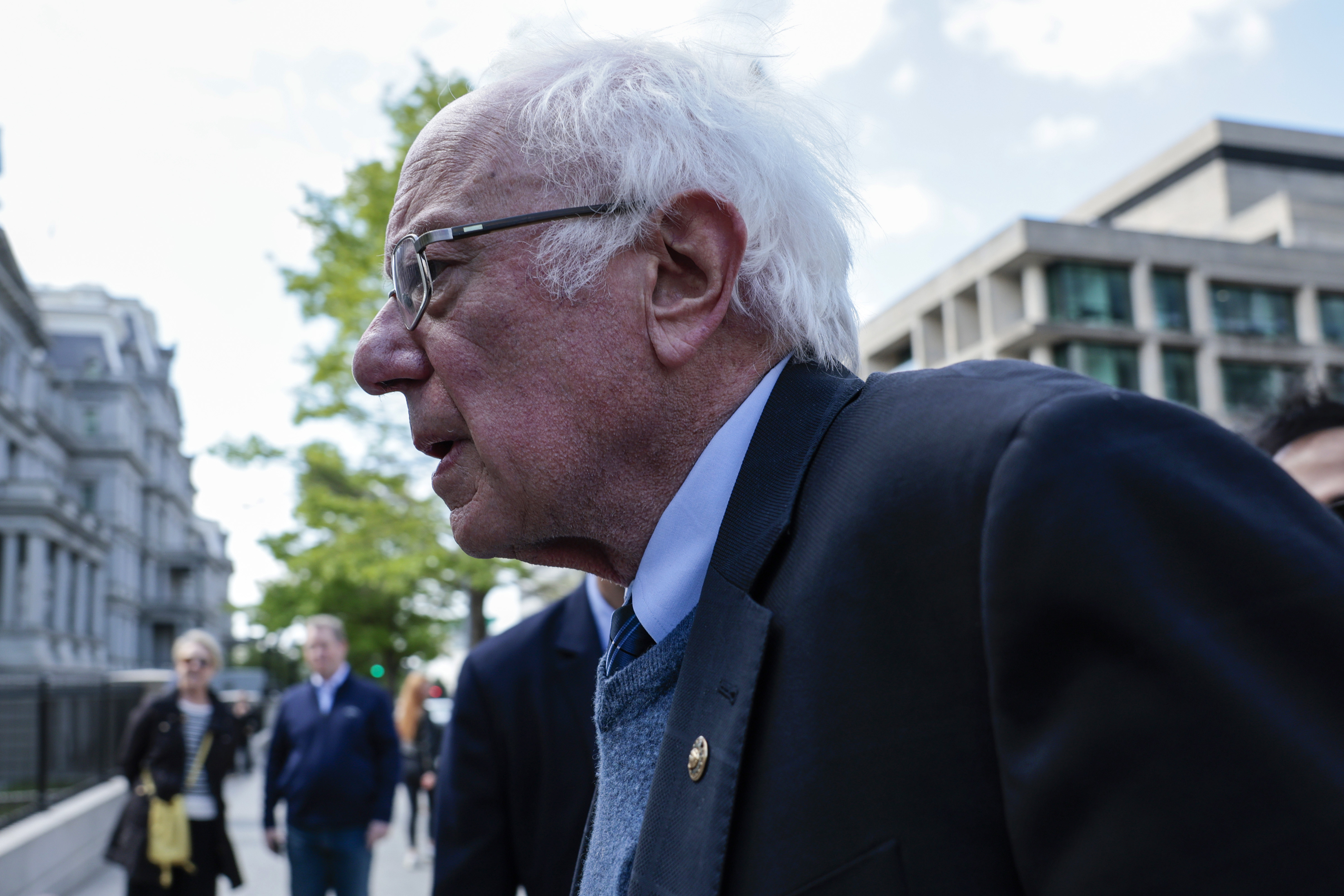 With the majorities flashing before Democrats’ eyes, the independent who caucuses with them is asking his leadership, from President Joe Biden on down, to acknowledge that the party can’t actually do what it wants with two centrist senators as their deciding votes. After that real talk, Sanders wants Democrats to make the case for more Democratic power in 2023 — through a Newt Gingrich-style “Contract with America.”

It’s a long-shot attempt to break the malaise hanging over the Democratic Party as Biden’s polling remains underwater and its senators grow nervous about holding their majority with Republicans favored to take the House. Many Democrats are hoping bad Republican candidates, a Biden rebound or a last-minute flurry of modest legislation could help save their congressional majorities.

Sanders, though, is done with such happy thoughts.

“Say to the American people: ‘Look, we don’t have the votes to do it right now. We have two corporate Democrats who are not going to be with us,'” Sanders said, referring to Sens. Joe Manchin (DW.Va.) and Kyrsten Sinema (D-Ariz.).

“The leadership has got to go out and say we don’t have the votes to pass anything significant right now. Sorry. You got 48 votes. And we need more to pass it. That should be the message of this campaign.”

Sanders’ call comes at a precarious moment for the party. Last year, Democrats united to pass a $1.9 trillion coronavirus relief bill, then worked with Republicans to pass a historic infrastructure bill. But Manchin rejected the larger climate-and-jobs bill known as “Build Back Better” in December, and efforts to sway him and Sinema to weaken the legislative filibuster ran aground.

That left the party in nominal power stalled on everything from abortion rights to guns to elections reform.

Or, in the words of Sanders: “Two corporate Democrats, Sens. Manchin and Sen. Cinema, sabotaged [Build Back Better], And it has been downhill ever since for the Democratic Party.”

Manchin took strong exception to Sanders’ comment, saying in a statement that “I have never berated Sen. Sanders for his socialist views. It is a shame he refuses to accept the more moderate views I share with my constituents.”

Cinema declined to comment for this story. She was widely seen within the caucus as far more supportive of the House-passed $1.75 trillion party-line bill, stocked with Democratic priorities, than Manchin.

Despite the dissension among the Senate Democrats’ 50 members, there’s nonetheless a last gasp of legislative activity on Capitol Hill. Sen. Chris Murphy (D-Conn.) is leading delicate talks with Republicans on gun safety legislation, giving Manchin and Sinema both seats at that table. And the House and Senate are negotiating a bill to address US competitiveness with China — which Sanders sees as too generous to large corporations.

Manchin and Senate Majority Chuck Schumer met Wednesday about a smaller party-line climate-and-tax-reform bill that could, in theory, pass before the election. The West Virginian wants legislation to decrease the deficit, lower drug prices, raise taxes on the rich and corporations and invest in both clean energy and fossil fuel production.

Schumer said afterward he and Manchin were starting to get into the details after their fourth recent meeting on the topic. But there’s no deal yet, as many Democrats continue to hold out hope one will materialize.

Don’t count Sanders among the optimizers.

“They have been negotiating for nine months,” Sanders said of Schumer and Manchin. “This is not exactly terribly effective negotiation. And during those nine months, support for Democrats has dissipated very rapidly.”

Sen. Elizabeth Warren (D-Mass.) has similarly raised alarms about Democrats’ situation, pushing her party to deliver before the election. Warren and Sanders both serve on Schumer’s leadership team, but she’s striking a more restrained tone than Sanders — even while she agrees with him that “we need to make clear to the American people that we need two more Democrats in the United States Senate.”

Still, Sanders isn’t exactly Burning it all down. He’s not calling for a primary challenge to Biden or weighing in on whether the president should run for reelection. But he is trying to enlist the president in his effort to nationalize the Senate and House races.

Biden has already embraced some of Sanders’ arguments. The president asked Americans alarmed by mass shootings to “turn your outrage into making this issue central to your vote,” advised voters to “elect more pro-choice senators” in May, noted in January that “48 of the 50 Democrats vote with me on everything” and said Democrats could come back with larger majorities next year to pass “Build Back Better.”

The White House did not respond to Sanders’ comments.

Without his prescribed pivot, Sanders fears the worst for the Democratic Party, in which he twice sought the presidential nomination. He said “the enthusiasm level within the Democratic base is extremely low. And it’s not only working class support that is fading away.”

Young, Hispanic, Asian-American and Black voters are all drifting away from Democrats, he warned: “Unless we turn around, the voter turnout is going to be very, very low on the Democratic base.”

Most Democrats don’t quite share that door assessment. Sen. Gary Peters (D-Mich.), who chairs the caucus’ campaign arm, agreed that he’s “all about having 52 or more senators” and campaigning on unfinished business. But Peters doesn’t believe that Democrats are walking into a buzzsaw this fall.

“You’ve got folks who are running who are still about the Big Lie or trying to be the closest to Trump they can be, out of touch on key issues,” Peters said. “There’s gonna be a clear contrast for voters in the fall.”

Either Come Together or Tell People You Can’t Fight for Their Cause: Rajbhar to SP, BSP