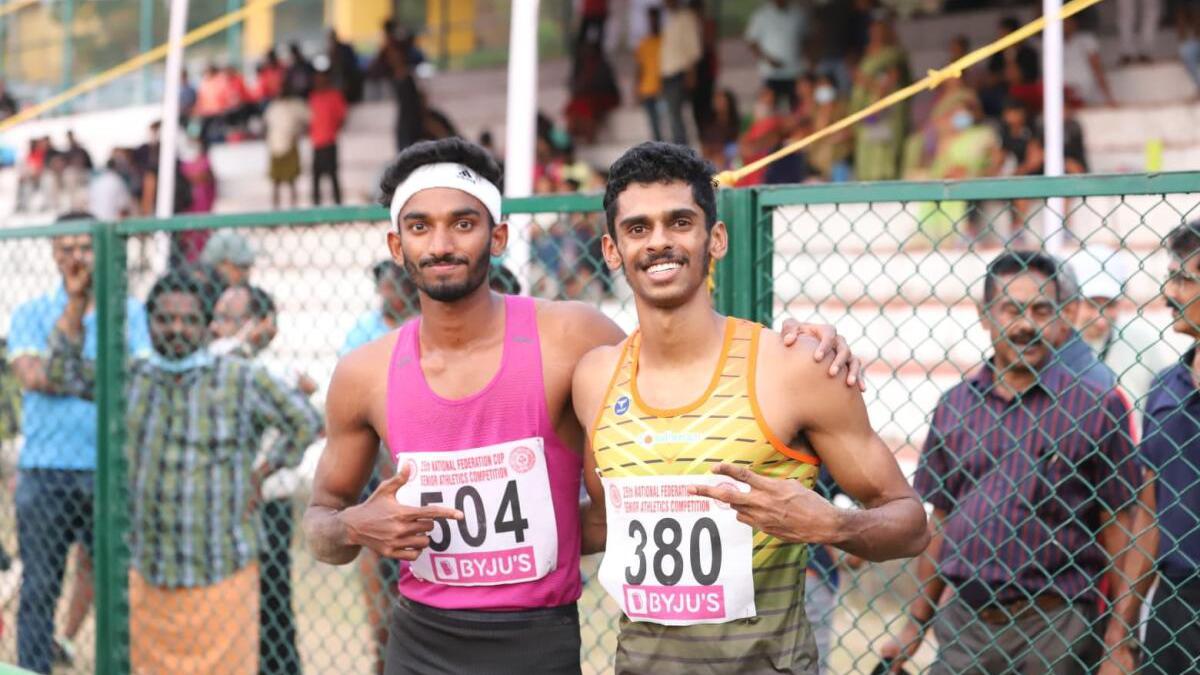 A final fight for spots in the Indian contingent for the Commonwealth Games and World Championships is on the cards when some 800 athletes compete in the 61st Inter-State senior athletics championships that begin in Chennai’s Jawaharlal Nehru Stadium on Friday.

While a couple of India’s top athletes — Neeraj Chopra and Avinash Sable — are skipping the event, overall standards will be high with tough battles expected to be played out in the women’s 400m as well as the men’s long jump, triple jump and javelin throw

While the tournament is one of the major events in the Indian athletics calendar –there’s additional significance to the competition this year. The event, which goes on until Tuesday, June 14, will provide a final chance for athletes to attain the qualification standards for the upcoming Commonwealth Games in Birmingham and the World Athletics Championships in Eugene, Oregon.

While athletes can of course compete outside the country in a bid to match qualification standards, the fact that athletes are already close to peaking as well as an overall tough competition expected in Chennai means this is the best chance to make the Indian team for those big international competitions.

“The contest this time will be tighter. Most of the major names are here. They will all be aiming to make the cut for the Worlds and CWG,” chief national coach Radhakrishnan Nair told Sportstar.

The competition though has been shorn of a bit of lustre due to the absence of the two biggest stars of athletics in the country – Olympic gold medalist Neeraj Chopra and 3000m steeplechase national record holder Avinash Sable. While Neeraj is set to feature in the Paavo Nurmi Games in Finland – his first outing since the Tokyo Olympics – alongside world champion Anderson Peters and World Championship gold medalist Johannes Vetter starting June 14, Sable will be training in the United States.

“We do not need to test Sable’s capabilities anymore. He has impressed us all enough, hasn’t he?” chief national coach Radhakrishnan Nair said on Wednesday, referring to the 27-year-old’s feat of breaking his own national record in the 3000m steeplechase for the eighth time at the Diamond League in Rabat on Sunday.

Seema Punia– the three-time medalist at the CWG – will also not be competing in Chennai, despite not having matched the competition standard this time around. She too is training in the USA and will be looking to qualify for the Birmingham games in that country itself.

The men’s long jump event would see an interesting matchup in Murali Sreeshankar going up against Jeswin Aldrin. In their last meeting at the National Federation Cup in Kozhikode in April, although Aldrin won the gold medal, a tailwind of 4.1m/s in favor of the Tamil Nadu jumper, saw Sreeshankar register the national record with a jump of 8.36m (+ 1.5m/s). Recently, Sreeshankar also made news with an 8.31m gold medal-winning jump in an elite field at the 12th International Jumping Meeting in Kallithea, Greece.

READ: Sreeshankar: ‘Mental torture has made me and dad strong’

Aldrin too competed internationally but was unable to match his heroes in Kozhikode. Aldrin though is looking to earn the record legitimately in Chennai.

“I expect to do a personal best, something like 8.40m,” said Aldrin said a couple of days ago. Watch out also for Muhammad Anees of Kerala who has gone under the radar despite racking up three jumps over 8m this year.

Abdullah Aboobacker and Karthik Unnikrishnan turned heads when recorded jumps of 17.19m and 17.10m at the Indian Grand Prix in Bhubaneswar – the first time in India where two 17m plus jumps were recorded in the same competition. Chennai could well see three jumpers cross the 17m mark though.

Paul Eldhose narrowly missed out on the 17m club with a jump of 16.99m at the Federation Cup in Calicut and will be itching to join his compatriots Aboobacker and Unnikrishnan. He and Unnikrishnan will also be hoping to join Aboobacker in the World Championships – the qualification standard of which stands at 17.14m.

Men’s javelin throw will see India’s newest entrants in the 80m club – DP Manu, Sahil Silwal, Yashvir Singh and Rohit Yadav -go up against each other. While Manu, Yashvir and Rohit have all met the qualifying standard for Birmingham 2022, none of them has breached the 85m mark, which will earn them a berth at Eugene, Oregon.

READ: Neeraj Chopra and who else: Four exciting prospects in javelin throw from India

Sahil, who is struggling with recurring back pain, will be looking to achieve the CWG qualifying standard come Saturday. In the women’s event, Asian Games medalist Annu Rani, who recently broke her own national record in the fourth Indian Open javelin throw meet in Jamshedpur, will be hoping to do one better and add the required 0.18m to her NR (63.82m) to meet the Worlds cutoff.

The women’s 400m run will be another close contest, with India having a bunch of women runners all running in the 52-second range. Aishawarya Mishra – who recorded the fastest time this year in Calicut but has since been missing in action — Kiran Pahal, Priya Mohan, junior national champion Rupal Choudhary and Jisna Mathew will be the top contenders. However, it’s difficult to say just who would be the favourite.

“I can say we have the strongest group of eight to nine people, competing at the same level. They know what they possess. They practice with each other everyday and know each other’s pros and cons,” says Galina Bukharina coach of the women’s 400m group.

While a win in the 400m will be great, there will be motivation for others too since Bukharina will want to create the strongest team possible for the women’s 4x400m team that has always been one of the country’s top prospects on the track.