What is politics and what is art can hardly be separated in Sara Nabil’s works. The Afghan artist — who now lives in Germany — processes his own experience of oppression, escape, and the search for identity in her work. Through photographs and performances, she depicts how women in Afghanistan become victims of systematic oppression. She also explores ways to regain control over their identity.

For the new show at Mannheim’s Kunsthalle, Sara Nabil unfolds an artistic radicality that is new for her: In a performance before the exhibition began, the artist completely cut off her long, black hair in front of an audience.

She snipped and snipped away before she ultimately shaved off the last bits. This artistic protest was a way for Nabil to show how the female body in Afghanistan has become increasingly a venue for political ideologies, cultural conflicts and power struggles — even more so since the Taliban seized power again last summer. There, such a public staging of female corporeality is taboo.

For Sara Nabil, art is an act of self-liberation, “In Afghanistan, we have an Islamic, patriarchal society. Because of my identity as a woman, I have always been oppressed,” she told DW. “By cutting my hair, I regain freedom over my body. I’m going against the rules, laws and regulations imposed on me as an Afghan woman by religion, society and the government.”

ALSO READ | No trips for Afghan women unless escorted by male relative: Taliban

During the performance, she called on the audience to donate their own hair, as a sign of solidarity with women in Afghanistan and those who have experienced the same fate.

The Kunsthalle Mannheim performance was filmed by three different artists, with the different videos being integrated into the exhibition, along with Nabil’s hair.

“What’s important in Sara Nabil’s work is that there’s an option for action in art, which is a way to reclaim freedom over your own body,” exhibition curator Christina Bergemann told DW.

Nabil witnessed a suicide bombing in Kabul — and fled

Sara Nabil was born in 1994 in the Afghan capital Kabul and went to school after the Taliban regime was overthrown in 2001.

As a teenager, she began to study modern art at the Center for Contemporary Arts Afghanistan (CCAA). In 2008, she participated in an exhibition that was also shown in Germany.

She then studied political science at Karwan University in Kabul beginning in 2013. Even then, as a women’s rights activist and artist, she was threatened by the Taliban. In December 2014, she witnessed a suicide bombing at the university.

A man blew himself up in front of her. For Nabil, it was a decisive turning point: “This time I survived, but next time I will die,” she recalls thinking.

Shortly after, in February 2015, she took advantage of an invitation to a student conference in the Netherlands to ask for political asylum in Germany. Since 2016, she has been studying art at the Hochschule für Gestaltung (University of Art and for Design) in Offenbach.

Since she was able to obtain a visa, her escape differs from many other people’s flight from their home country, Nabil said. But she shares the experience of exile with millions of people who are persecuted because of their religion or political stance.

She still hasn’t come to terms with her escape, says the young artist, adding that she feels she is living between two worlds. She also continually asks herself: How will my art be received in Afghanistan? She says that she is not always understood there.

Some things come across as shocking to Afghan society, she says. “But that’s what I want. I want to say something strong that makes a difference and opens up new dialogues.”

On Instagram, she posted a video in front of the United Nations headquarters in Geneva on March 8 to mark International Women’s Day. In it, she shouts into the camera for a good two and a half minutes, visibly straining at the end. “This is a cry for survival, resistance, equality and liberation from all social and political shackles,” Nabil writes in the post.

Dismayed by destruction of artistic sphere in Afghanistan

“It is very painful for me that art is currently not taking place in Afghanistan,” the artist told DW. Everything that has been created in the field of art in the last 20 years has been destroyed by the Taliban, she says.

For example, graffiti artworks in public spaces have been painted over with sentences from the Koran. At the Afghanistan National Institute of Music, the Taliban destroyed instruments and arrested artists. Friends of Sara Nabil have also been arrested. Her family had to flee to Germany after being threatened by the Taliban due to Sara’s activism.

It is frightening how women and girls are deprived of their identity, says Nabil. She deals with this topic in her photo series “Power,” which is on show at the Kunsthalle Mannheim. The black-and-white photographs focus on a person veiled beyond recognition.

“Sara Nabil uses various, partly fictitious forms of full-face veiling to depict that the Taliban deliberately use dress and behavior regulations to oppress women and girls in their fundamentalist interpretation of Sharia law,” says Christina Bergemann, the exhibition’s curator.

Advocating education of girls and women

Nabil said that veiling prevents women from being both able to perceive and to shape their environment properly. Thus, they would be more or less excluded from the public realm.

Nabil does not aim to criticize the headscarf or those who decide to cover their hair. She does, however, denounce the oppressive mechanism of the full-face veil and the power structures associated with it.

The last image of her photo series “Power” is completely black; you cannot see anything. “This is what the Taliban envisions for women. The woman has completely disappeared,” Nabil says.

Nabil’s work extends far beyond art. To help girls in Afghanistan in a concrete way, she has founded an online program for schoolgirls called E-School Afghanistan. With the program, she wants to ensure that at least some Afghan girls receive an education. The Taliban have barred girls from going to school beyond the sixth grade, despite announcements to the contrary when they took power of the country.

The exhibition “Sara Nabil” runs through August 28, 2022 at the Kunsthalle Mannheim and is open to the public free of charge.

WhatsApp Users Alert! WhatsApp will soon allow you to disappear your old chats at once | Technology News 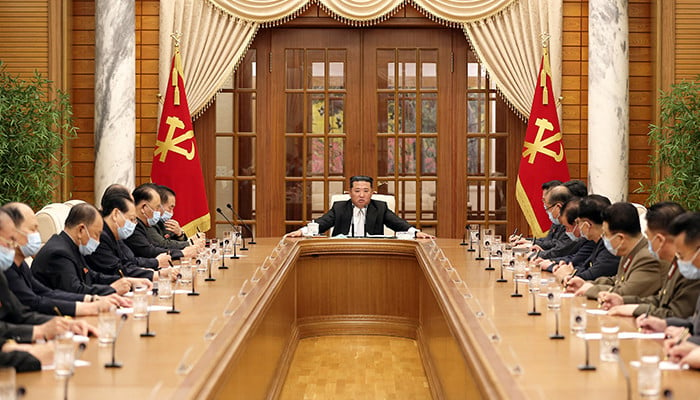 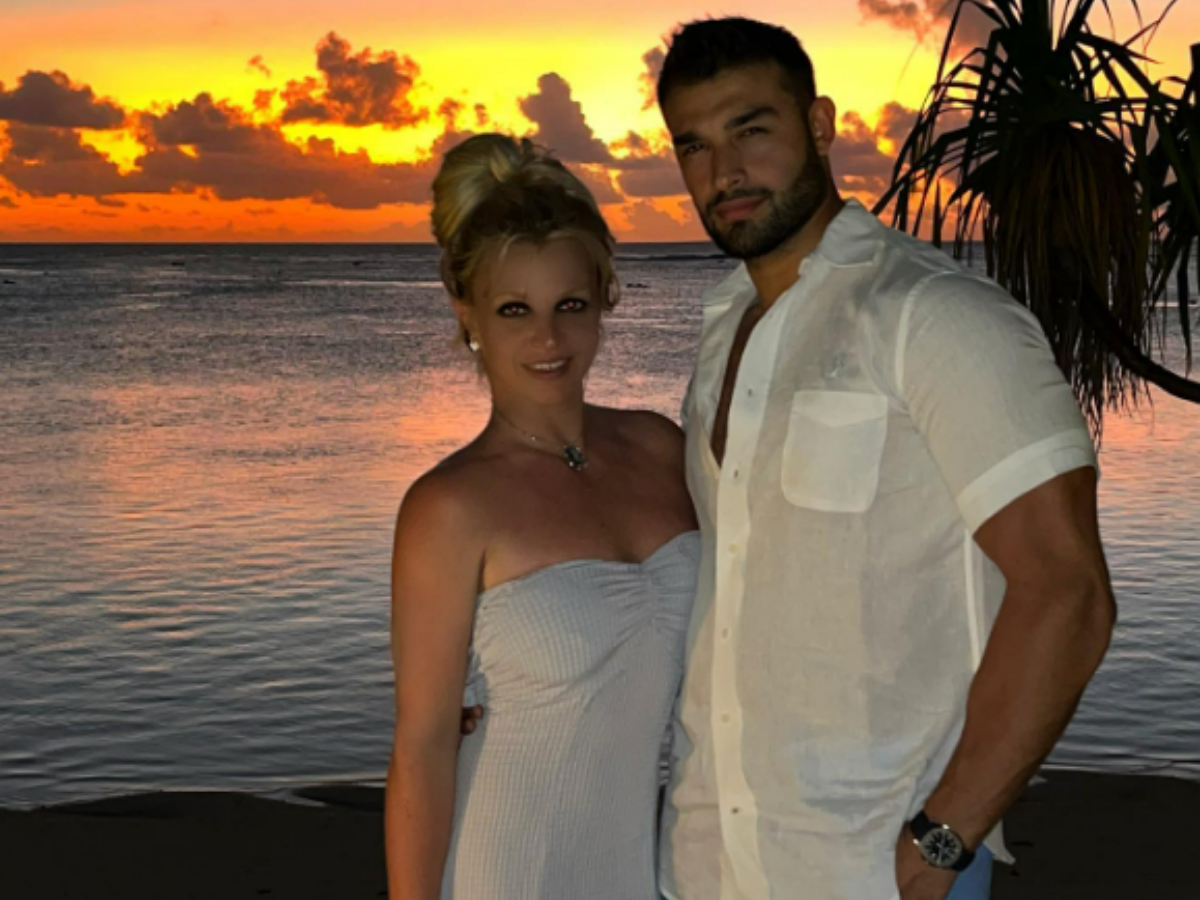 Britney Spears devastated after miscarriage; tips to process the pain of pregnancy loss 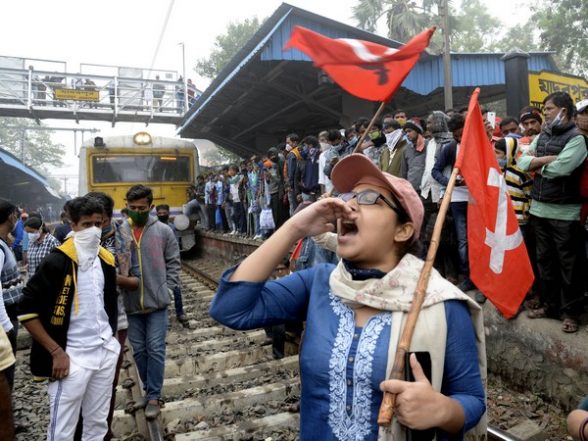 Left Parties Call for Nationwide Protest Against Price Rise, Unemployment from May 25 to 31