Brevard County leads the state with eight eagle deaths. At least one eagle died in Indian River County since the virus was first detected in Florida in January, state data shows.

The nation’s bald eagle population has largely thrived over the past three decades, despite the threats of car collisions, habitat loss, powerline electrocutions and lead poisoning — its greatest threat, according to Jack Davis, a Pulitzer Prize winner and author of the recent book “The Bald Eagle: The Improbable Journey of America’s Bird.”

“It is sad to see the flu’s impact on all birds and will be equally sad if the flu reverses the bald eagle’s comeback,” Davis said in an email to TCPalm. “It and wildlife officials worked hard to restore the population, and Americans have only recently gotten to know and to appreciate the species after more or less living without it for decades.”

Florida has an estimated 1,500 nesting pairs of bald eagles, one of the largest concentrations in the lower 48 states, according to the Florida Fish and Wildlife Conservation Commission (FWC).

This strain was first documented in the U.S. last year and in Florida this January after a hunter killed a blue-winged teal duck in Palm Beach County, according to the institute. Since then, it had spread to at least 23 Florida counties as of May 2.

This is Florida’s first known outbreak of HPAI, with a “significant mortality event” of hundreds of scaup ducks and other species documented along the state’s east coast, according to FWC. Wildlife officials are calling the outbreak “unprecedented.”

The number of unconfirmed cases in all states is likely much higher, experts say.

Can people get bird flu?

Bird flu can be transmitted to people, but it’s rare and “low risk,” according to the institute.

A Colorado inmate who was exposed to poultry infected with bird flu is the first person in the nation to test positive for this strain, showing mild symptoms of fatigue, the Centers for Disease Control and Prevention and the Colorado Department of Public Health and Environment announced April 28.

The public should avoid handling sick or dead birds. If you have to handle them, wear disposable gloves and wash well afterward. Keep wild birds away from pets and poultry.

“Because (bird flu) is very contagious and not treatable in wild birds … some wildlife rehabbers may not be accepting these animals at this time,” the institute posted on Facebook.

Which birds get HPAI bird flu?

While some infected species won’t show symptoms, others can appear lethargic or show “severe neurologic signs,” including circling, tremors and seizures, according to FWC. Birds are often found dead with no signs of trauma.

The virus is often fatal in chickens or turkeys. In Florida, no domestic poultry has contracted the virus, but in Indiana, tens of thousands of turkeys were euthanized in February, according to the Indianapolis Star, a USA TODAY Network site.

Birds can spread the virus through feces, saliva and nasal secretions, according to FWC. All bird species can contract the virus, but the most susceptible are raptors, scavengers, waterbirds and waterfowl.

Black vultures appear to be one of the most susceptible species for the outbreak and strain in Florida, Jones said. Muscovy ducks also have tested positive throughout the state. Other at-risk species of birds, according to FWC, include:

Songbirds are usually low-risk for carrying bird flu, but “it cannot be ruled out” that bird-feeder species could host the virus, according to FWC. Still, the agency suggests cleaning bird baths and feeders with a 10% bleach solution, or one part bleach mixed with nine parts water.

You can help Florida biologists investigate the bird flu outbreak by reporting any sightings of sick or dead birds. Observations help biologists understand where outbreaks are occurring in real-time and it helps inform response efforts.

Max Chesnes is a TCPalm environment reporter focusing on issues facing the Indian River Lagoon, St. Lucie River and Lake Okeechobee. You can keep up with Max on Twitter @MaxChesnes, email him at [email protected] and give him a call at 772-978-2224.

Genetically modified mosquitoes may be released in California 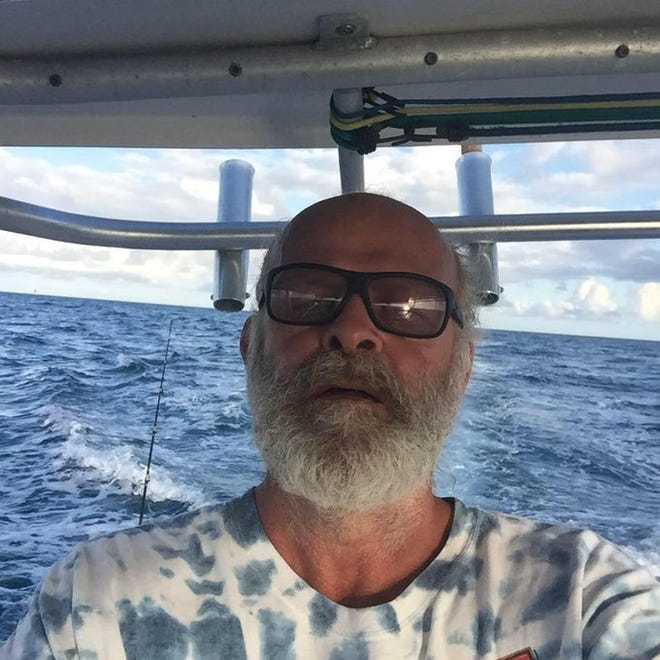 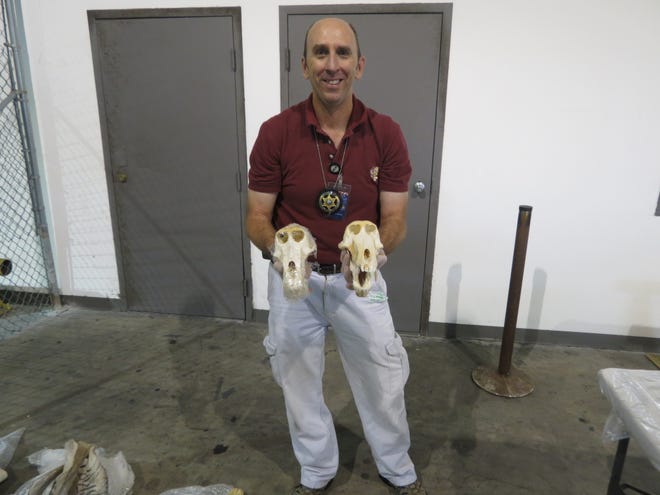 Brevard FWC officer will be inducted into officer hall of fame